From Rise of Kings Wiki
< Chronicles
Jump to navigationJump to search 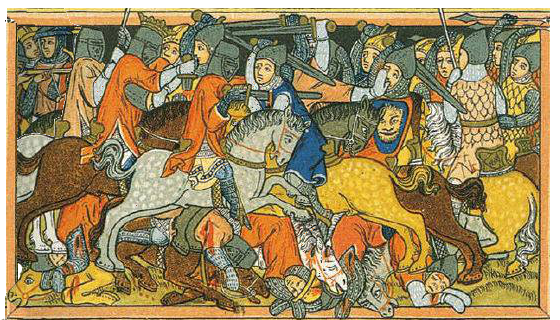 Although the Roman empire by the 9th century was as good as gone, its spiritual successor, Byzantium, was still alive and well, ensconced behind stout walls and treacherous seas on the Bosporus, and vastly rich, given its control of the trade routes into Europe from the Middle East and distant China. There was competition, however: to the north lay the Russian states, which were growing in strength which each day, and to the south the Muslims, although disunited, would be soon reunited once more under the rule of several able caliphs.

All this, however, was nothing compared to the state of affairs in Europe and Asia. There, the many barbarian tribes that had split the Roman empire apart were beginning to coalesce into different kingdoms and while they may have remained small, weak and disunited, they were already showing signs of being potential competitors. Chief of these was the so-called Carolignian Empire, which covered most of Northern Europe and stretched south across the Alps into northern Italy.

In Asia, the Tang still continued to rule China and remained the most eminent power in the Far East, although it was increasingly coming under the strain of having to fend off incursions by Turkic tribes, which were now making their presence felt in both continents.